A bill naming the Grand River post office after an area Marine who was killed in action has been signed into law. The U.S. Post Office at 340 Westmore Ave. was named after Lance Corporal Andrew Nowacki of Painesville Township, who was killed Feb. 26, 2005 while serving as a gunner on a Humvee that was protecting a truck convoy south of Baghdad. He was 24 years old. 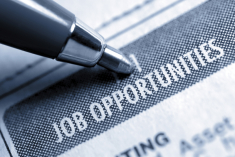 The Village of Grand River is currently accepting applications for the following positions:

Applications can be downloaded below.

Please remember to look out for your neighbors, especially the elderly and sick. If you have an emergency please DIAL 911! Lake County Central Dispatch will then send the appropriate personnel to assist you with your emergency.